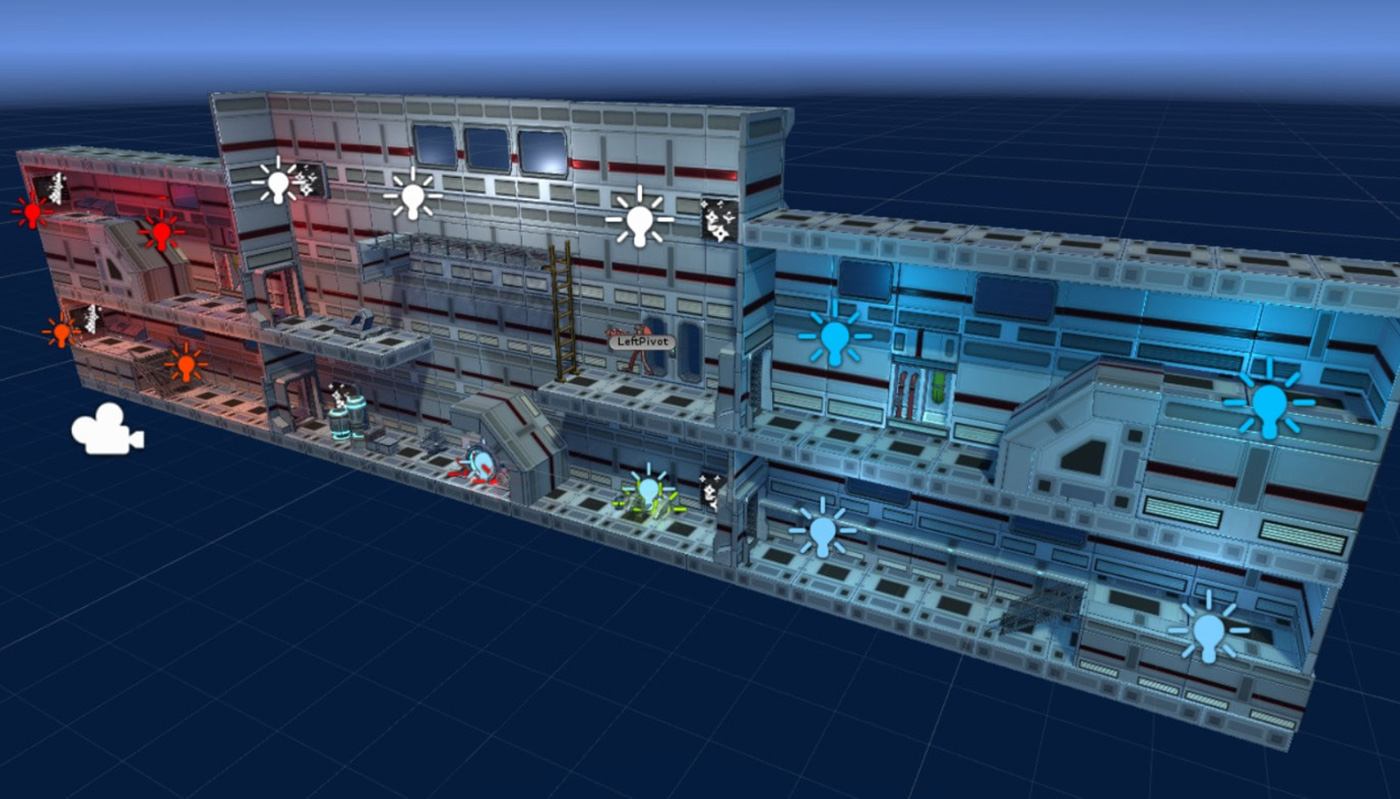 If you love video games and have always wondered how you could make your own, this post is just for you.

Designing and developing games requires a variety of skills. However, it is easier than ever to make your own game from the comfort of your home. Thanks to a variety of tools and ease of access to training material, you can have your first game working within a few days.

It doesn’t matter whether you’re a novice developer with some hazy idea about coding or an inquisitive individual looking to don hats of creativity through making games. If you’re wondering how to start your game development journey, all you have to do is pick one of these amazing, beginner-friendly tools, and keep some basic rules in mind.

At the core of every game is a game engine. Traditionally, teams of programmers would develop an engine specifically for a game. Since the past few years, a lot of game engines have become available for use to the general public. A lot of them are free to use, and most of them can be used for a variety of games.

The trick is to find the right one especially since you’re building your first game. Once you figure that out, you’d find there are communities for every tool that would flood your senses with tutorials, artwork and even help you get past creative block. Below we’ve listed five such tools that could provide you with all the help, resources and strength you need to make your first game a reality. 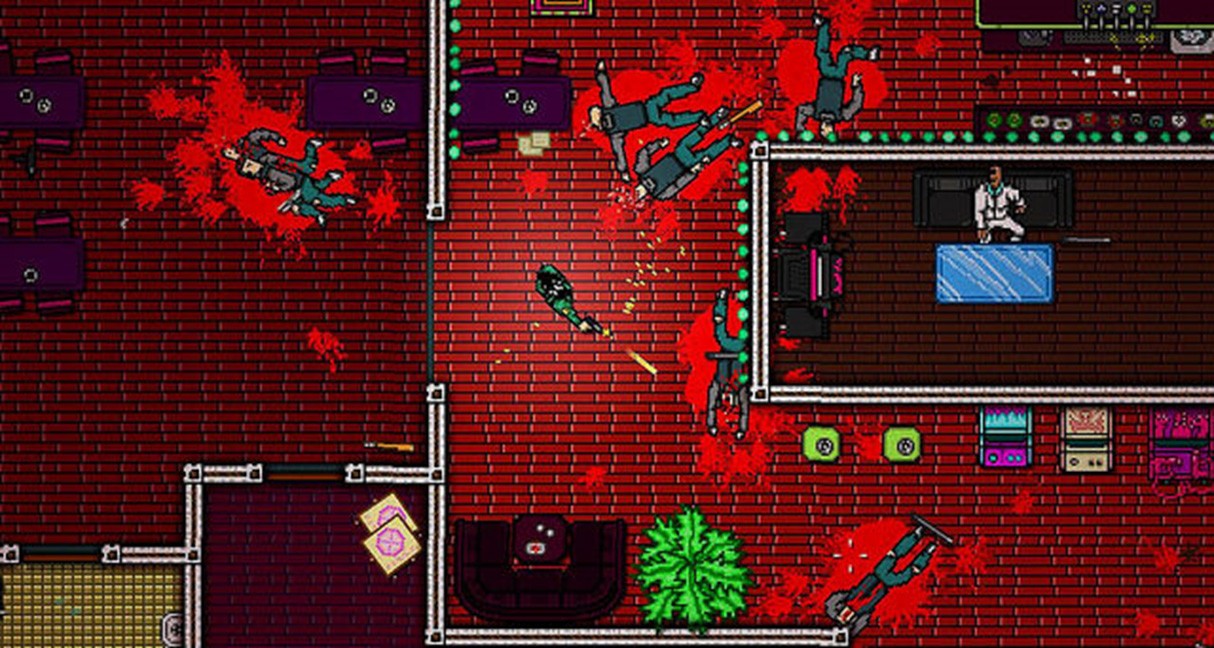 GameMaker Studio is a particularly beginner-friendly game engine. At the same time, it has enabled developers to make successful and impressive titles such as Gunpoint and Hotline Miami. For beginners, there’s a custom drag-and-drop visual programming language that makes creating games an easy process. You can get excellent features into your game without really worrying about complex coding. The engine is primarily intended for 2D graphics, although it does support 3D games in a limited manner.  It also supports cross-platform games which means you could design your first game for different platforms or choose any one, if not all.

If you decide to get serious with this engine, it has its own scripting language called GML, which provides a lot of possibilities. Many design and programming skills you learn will be transferable to other engines.

One downside of using this engine is that the iOS and Android development modules have a price tag attached to them.

For many, this was the first engine they ever used. 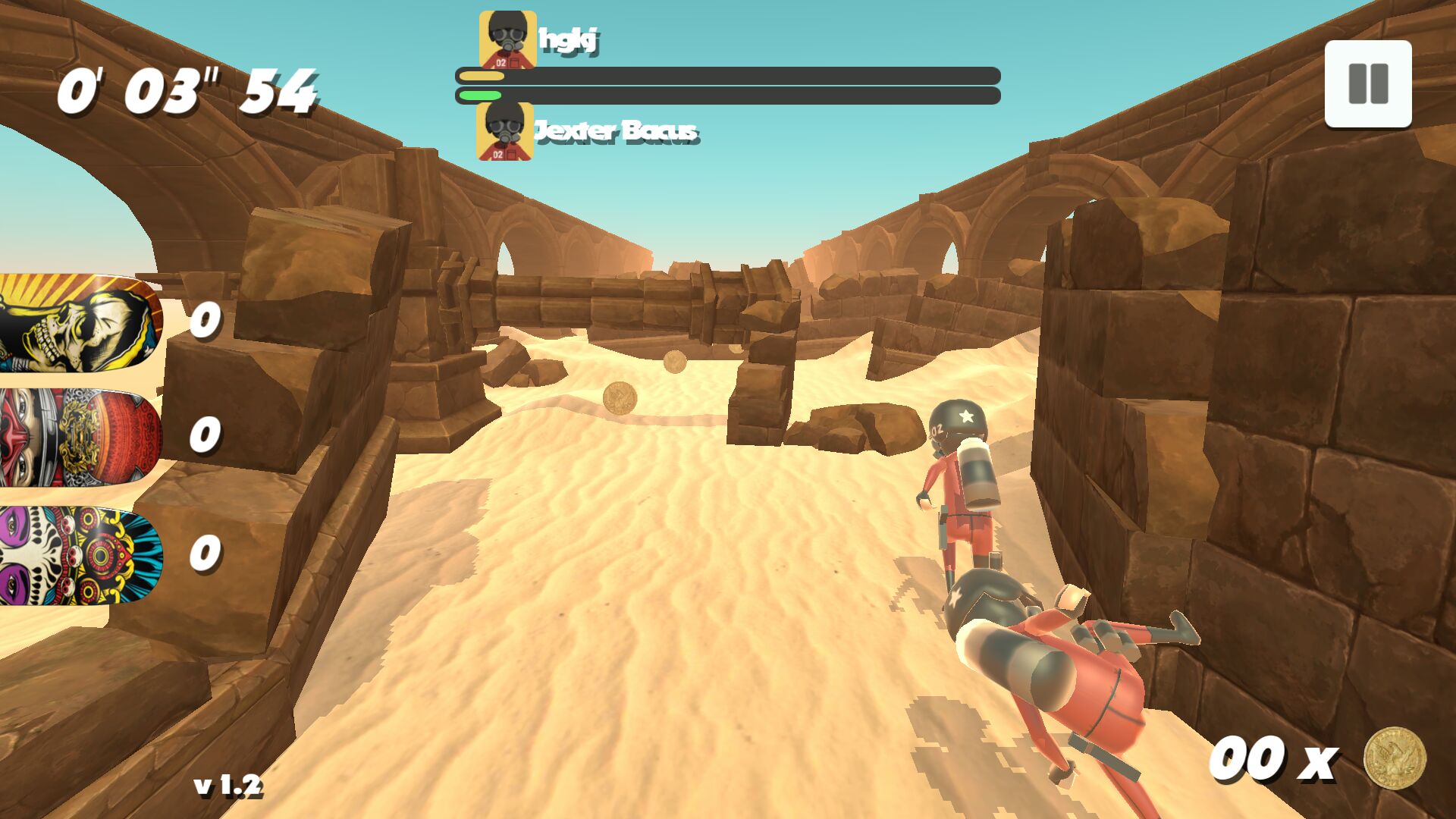 Unity is one of the most widely-used engines at the moment. It has been used for everything from casual mobile games to AAA quality titles.

Making games on this engine requires some basic knowledge of code since most of the interactive content created on Unity relies on programming. There is a learning curve for beginners. If you’re willing to put in the effort, there’s very little you can’t do with Unity. Although games on Unity are mostly coded in C# the engine provides certain tools as part of its Asset store to help people dabble in games without actually coding. You have tools featuring visual scripting systems that enhance your ability to prototype faster.

Programming is without a doubt an essential skill for Game Development. If you hope to get serious about it at some point, we highly recommend you choose an engine that requires programming. Your motivation to make games can drive you to become an excellent programmer as well.

The best part about Unity is how well supported it is with tons of tutorials as well as an extremely active online community. This makes Game Development with Unity3D very beginner-friendly. So if you’re stuck somewhere in the process of creating a game on this engine, there will be no dearth of support. It is also one of the well-documented engines. It’s a very powerful tool that allows you to make standalone 3D games or games for the browser, console and mobile.

The setup time for Unity can be a bit more than other engines, if you’d also like to setup Visual Studio with it (Which is optional). 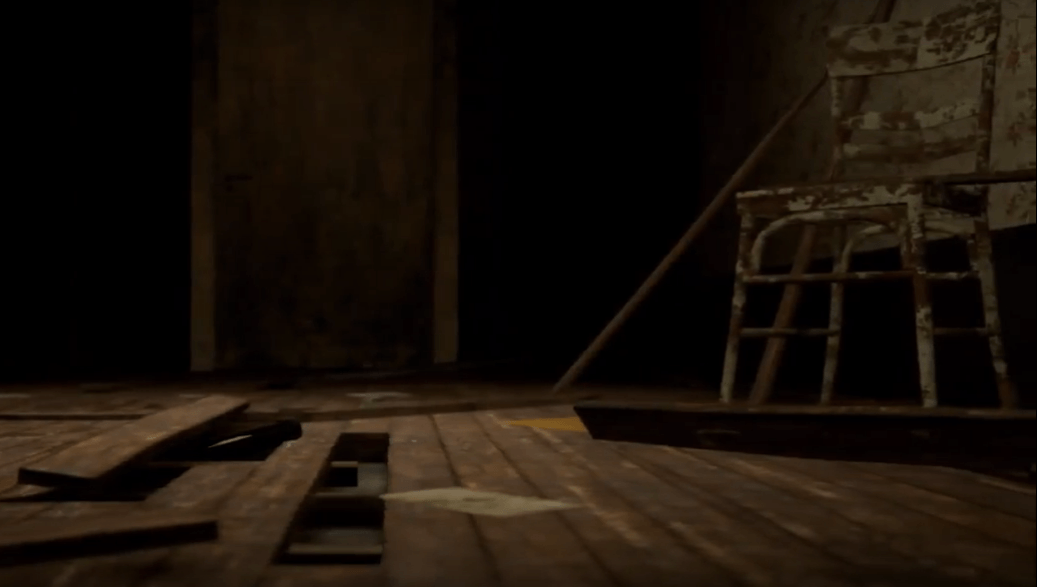 Unreal Engine 4 is a powerful cross-platform game engine. It is among the most popular game engines, second only to Unity in popularity.

Unreal boasts of a wide array of blockbuster games, such as Fortnite and Ark: Survival Evolved.  It is capable of producing games ranging from 2D games to AAA titles. Its Blueprints visual scripting system is a delight for beginners with no experience or knowledge of code. And it makes prototyping way faster. You could script logic for your game without actually having to code.

Working with Blueprints requires (And also teaches) programmatic thinking, or an understanding of the basic logic that programming requires. If you eventually switch to a programming language, you will find the process relatively smooth. While the syntax and more in-depth nuances of programming will be new to you, you’ll find that the logic remains the same.

Like Unity 3D, it comes with an unreal amount of tutorials and forum threads to guide you all the way through its game-making glory! It also features a polished and easy-to-use UI.

Unreal Engine provides some high-quality graphics right out of the box. This means that almost anything you make will look gorgeous. This also means that you need a more powerful PC to use it.

Unreal’s UI and features are great for industry standard development, AAA games, and large projects in general. If you switch to programming, Unreal uses C++ which is considered the industry standard. However, the documentation is a little scattered, and it is harder to find good tutorials and resources for it. Unreal is highly optimized for Blueprint use. If you intend to program in C++, you’ll learn a lot but will have a harder time than with other engines.

If you have your mind set on entering the games industry, you should definitely experience using this engine. 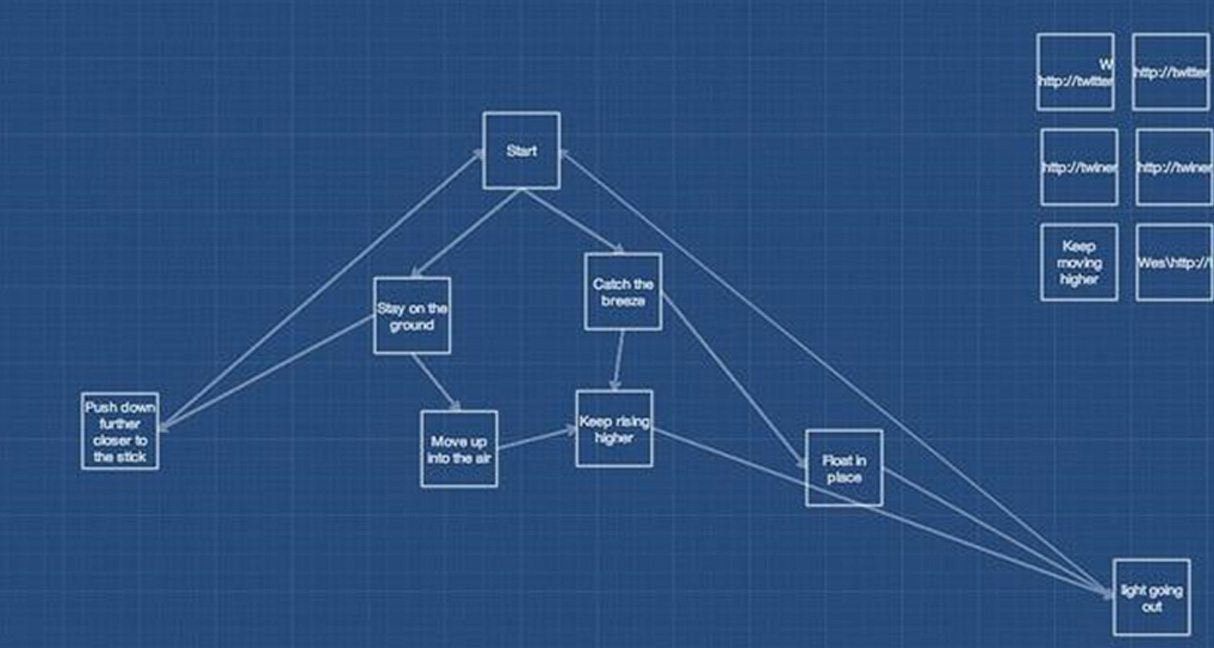 Twine is different from the other entries in this list, in the sense that it is a specialized engine. It is meant for making only one type of game – text based adventures. It is also open source, which means that you have access to everything for free, with no licensing required. The engine allows you to focus on the narrative part of your game, and create something with a compelling story and interesting characters. It has an extremely easy to use UI based system that allows you to create branching dialog options. All you have to do is write your dialog, decide what options your player has to respond with, and link those responses to the next step in your story. If you want to take it a step further, you can use HTML5 to add images and custom gameplay features.

If compelling storytelling is what you appreciate the most about games, this tool might be perfect for you. It can also help you focus on your storytelling abilities, instead of worrying about mechanics and art and everything else. This wiki can help you get started. 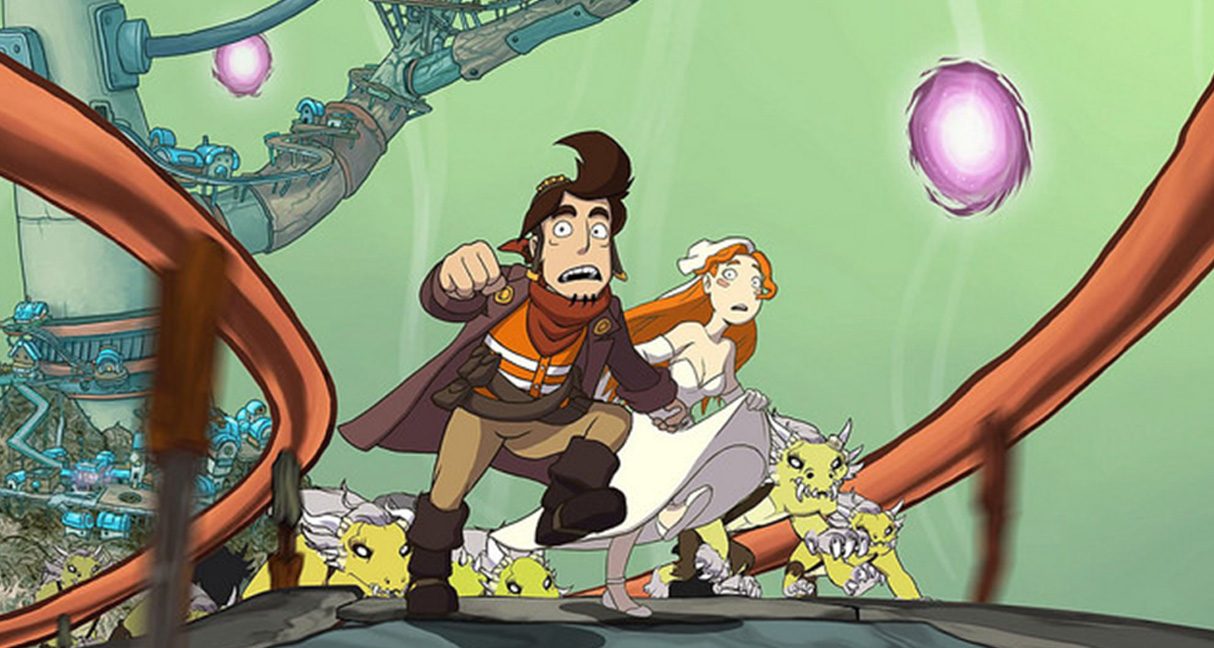 Godot is the newest engine on this list. Its biggest selling point is that it’s a fully featured engine that is open-source. It boasts features and usability at par with Unity and Unreal Engine 4. At the same time, it is free for all to use, with no licensing fees or royalties required. The source is available to the public – you can study it or modify it as desired.

Godot has a dedicated 2D engine, which means that it is very good for making 2D games. Its 3D features are just as good as the other top engines as well. It can also be used to deploy to multiple platforms. It features a visual programming system as well.

The only real drawback is that it is a relatively new engine, and hasn’t been as widely adopted as other options yet. This might make it slightly more difficult to get started with, due to less availability of tutorials. This will help you get started.

It doesn’t matter too much what you choose – what’s most important is that you get started. Every minute you’re not working on your first game is a minute wasted. Don’t get caught in the trap of analysing every tool and trying to pick the best. Try not to become an engine elitist either – there is no single “best engine”, they each have their strengths.

Especially if you are a programmer or have an interest in programming, consider programming a game from scratch. You can use a language such as C++ and a graphics library like OpenGL or DirectX. You’ll learn much more in the process, though your progress will be slower and at times frustrating.

Come back next week for part 2 – best practices for newbie game developers. If you’re interested in a Unity3D Game Development course in Singapore, click here to find out how MAGES’s years of expertise in Game Development Education can help you.