How to avoid bad writing in games 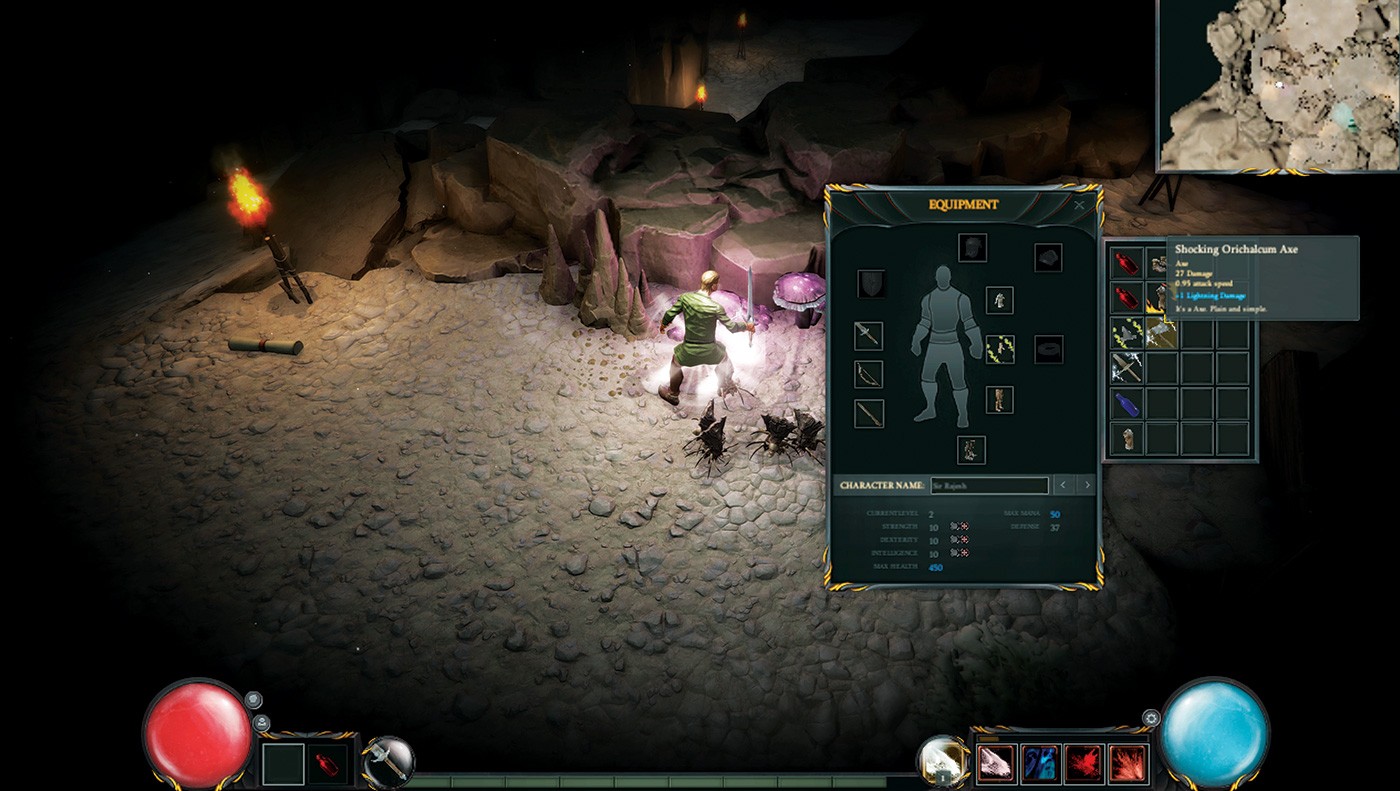 Are you an aspiring game writer who wants to turn those crazy storylines in his/her head into a video game? Or a developer wanting to make a memorable game but not wanting the writing to be its downfall?

If you are, then what follows is a guide to avoid some common pitfalls in writing for one of the most interactive media- video games.

The settings and reasons that motivate characters to act or the consequences of their actions are driven by stories in games. In fact, powerful and compelling storylines do at times set apart an average game from a really good one.

Of course, there are games that don’t seem to rely much on stories or some that seem to have none at all. But even such games have some basic plot giving its imaginary world and characters a sense of context and plausibility.

In a sense, every game has to tell a story to make sense and help gamers, in turn, make sense of what it is offering.

But writing stories for games is not simply about cooking up a few characters and placing them in a certain world to do certain things. Because if it was that simple or straightforward, games wouldn’t have the distinction of being what they are.

To put it even more simply, you cannot write stories for games like you would write a script for a movie or a report for a news company. Because games are at their core much more dynamic and interactive in nature. The rules for game writing then simply wouldn’t follow the rules of writing for films or a T.V. series.

Stories in games are conveyed through gameplay.

Every aspect of the gameplay relays the underlying story of a game, however primitive it is.

You can’t think of a story as independent to a game or its elements.

Every element in a game should resonate with the story and vice versa. This is particularly why writing in games is about writing narratives.

Although there is no one strict way to define a narrative, it is not wrong to say that it largely pertains to the manner in which a story is told.

It includes the sequence of events through which a story unfolds in a game. In games, narrative designs a gamer’s experience and the stories are told through them.

But games don’t begin with fully-baked stories. They often begin with a certain mechanic or a technology.

Writers are introduced late in the development cycle.

This doesn’t undermine the importance of a story to a game but rather brings to focus where things in the game development process stand.

Gameplay is the most important aspect of a game.

It brings to life the underlying story that imparts sense to the game. It determines how gamers interact with the game.

And since writers become a part of the development process much later, what they write has to mandatorily sync with the gameplay. A conflict between the writing and gameplay would make the whole game crumble.

‘Angry Birds’, for instance, doesn’t seem to have a story at all. But a deeper analysis would tell us that the game’s story, in so many ways, is about parenthood, bravery and mostly revenge. The feisty, colour-laden birds are actually on a mission. A mission to destroy the guts of the pigs who stole their eggs!

Production and programming issues also matter when it comes to writing.

You can’t write storylines that are too complex for the development team to bring to life. If they don’t have the time, tools or budget for getting such stories made into games, there’s no point in writing them.

What does Game writing involve?

Every game involves an overarching story that gives context to its characters and everything else within it. 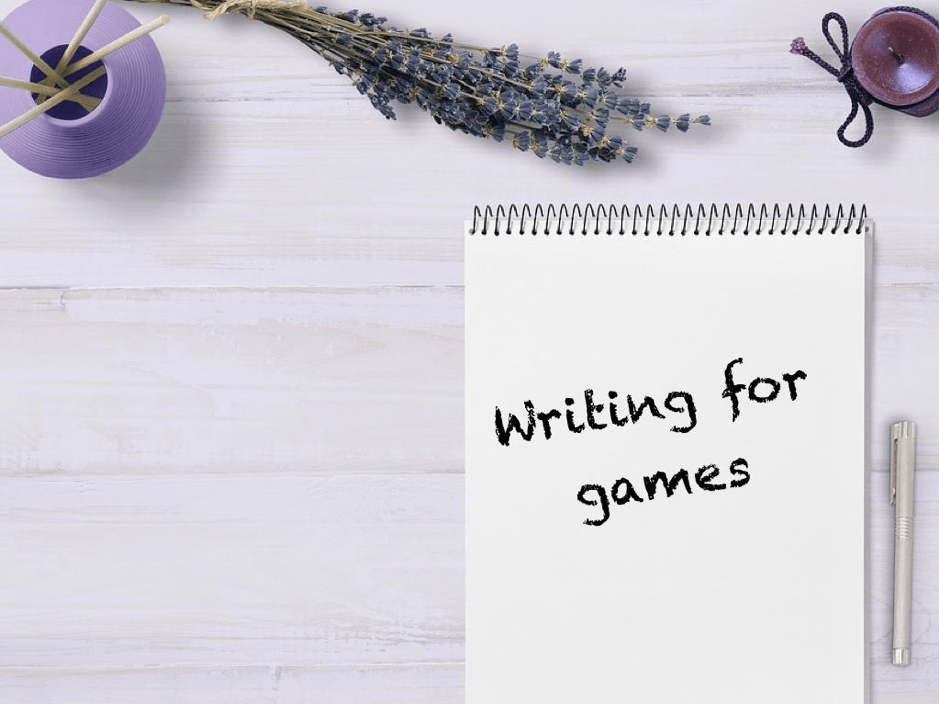 Think of this as a basic framework within which the game fits. Regardless of what kind of game you’re making, the framework sets a basic premise on which you build your game.

This usually entails writing about how your characters look. Looks hook us to the game and play an important role in determining the likability of a character. Funny, feisty, rugged or handsome, your characters’ attractiveness matters in a game.

It’s also about determining what your characters do because their actions tell us a lot about who they are.

Background chatter is usually what you hear in a given setting within the game world.

While the ‘cutscene’ narratives are like little pauses in the gameplay that add to the game experience. They are animated sequences of key moments. They provide a break from the action of the game. They could also introduce more elements in a game or show conversations between different characters. They could do pretty much a lot to take the game forward.

Since writing in games works differently than writing for other media, the dialogue aspect remains different too.

You cannot have huge blocks of texts for dialogues in a game. Dialogues are only a part of the narrative just like everything else.

They have a certain role to play within the larger gameplay and it certainly isn’t revealing the whole story in one go.

Remember, the story is imbued in every aspect of what you see happening in a game. And the dialogues aren’t the only thing happening.

So they can’t be lengthy paragraphs. They have to be short, succinct and should be able to move the game forward.

Game writing includes the battle cries of enemies during combat in fighting games, the words on the loading screens, instructional text, game prompts or parts of the game options.

The text involving item descriptions in Dark Souls or the books in Skyrim is all a part of game writing. This imparts the make-believe world of the game with a sense of existence way beyond just the game. It adds to the plausibility of the game and its world and therefore the experience it creates for players.

Writing for games then is inclusive of a variety of things. To confine it into a single paradigm is an unfeasible task.

To cut a long story short…

Stories are crucial to games. And all games have them regardless of their type.

Some games like RPGs would have more visible and in-your-face stories because they are largely driven by the narratives.

Other kinds of games might not have stories for you to decipher outright. But they do. Even if in a primaeval sense.

What differs is the manner in which stories in a game unfold.

Games can’t drown players in swathes of texts describing characters, places and events that exist and happen in their make-believe world.

Games are much more dynamic and interactive and part of their immersive quality lies in how they tell their stories.

Stories in games unfold through narratives strewn all over the game that become one with its gameplay. They have to be a part of the gameplay as it is the most crucial aspect of the video game.

You can’t write fluffy characters for a combat-laden game. You can’t have your characters speak in modern lingo if the game you’re working on is set in the 15th century. If you want to maintain the quality of your game and the immersion of the players, you just can’t.

Game writing, in a sense then, has to be,

Writers writing for games have to keep this in mind at all times. If you don’t adhere to it, you’d only be producing bad game writing.

And even though writing in a game has to sync with the gameplay, it could make a difference between an okay video game or one that renders a truly indelible experience.

If you’d like to learn more about the writing process for games, check out this article.

MAGES’ Game Design courses include modules on improving your game writing skills. These courses are a surefire way to start your career as a Game Writer or Narrative Designer. 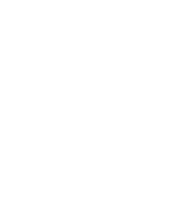