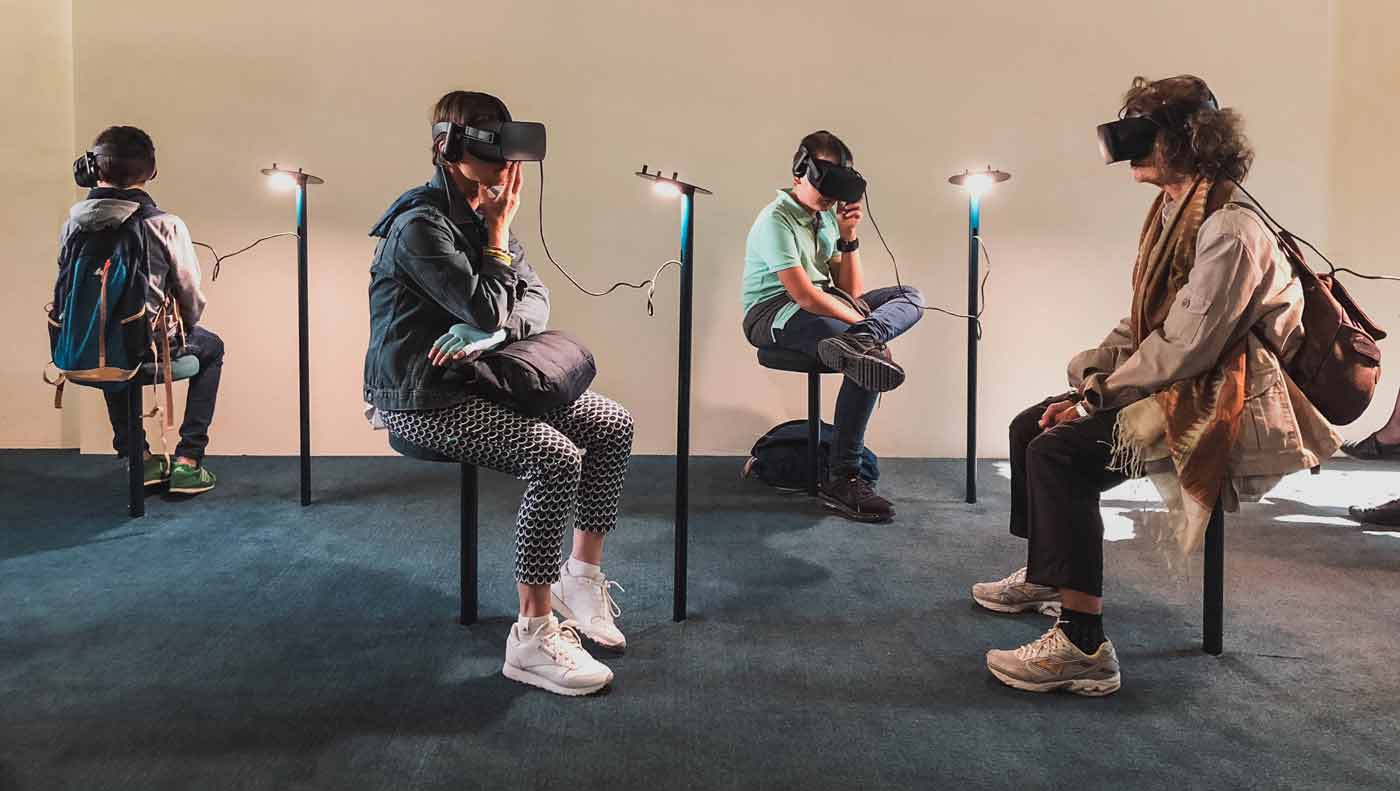 The idea of escaping the real world and entering a virtual world gave birth to the concept of The Metaverse. Don’t confuse it with virtual reality. People assume it’s a set of headsets that take you to a completely new world where everything looks totally different from reality. Well, it’s not. While that’s part of the Metaverse world, there is more to this concept.

What’s the Hype Around Metaverse?

Metaverse became the talk of the town after tech giants and social media platforms invested in this technology. The technology gained immense popularity after Facebook announced rebranding in late 2021.

This announcement not only made Metaverse the talk of the town, but also led to the sale of around 10 million VR headsets!

Despite being a popular subject in the IT sector, the concept of the Metaverse is still not as clear as it should be. It has left people, especially the non-tech-savvy group, wondering if Metaverse is a video game or just another version of Zoom.

Metaverse- The future of the internet:

Is Metaverse  really the future of the internet? One of the reasons why the concept is vague is that Metaverse is still new to modern technology and uses emerging Web 3.0 tech in its implementation.

Tech experts define Metaverse as a persistent virtual reality, which continues to exist even when you have taken off the headsets and aren’t in the game world anymore. It also covers augmented reality, which combines the physical and the virtual world. What sets it apart from the existing technology is the fact that metaverse doesn’t require you to access the virtual world through a set of AR and VR tools. In fact, apps and games like Fortnite help you enter the virtual world with smartphones, consoles, and your PCs.

Companies that have invested in Metaverse are hoping to create a new digital economy that enables people to buy and sell goods digitally. Interoperability is another exciting aspect of the Metaverse. Although we haven’t seen this change yet, people expect that Metaverse will grow into the technology that makes it possible for you to take virtual accessories from one platform to another. Think of it as a technology that allows you to take the components from one game to another. Well, that’s harder than it sounds.

Is it Just Some New Kind of Video Game?

If you are an MMORPG (Massively Multiplayer Online Role Playing Game) fan, you must have played or heard of World of Warcraft. It brings you to a persistent virtual world where it’s possible for players to buy and sell goods of their choice. Fortnite has also incorporated virtual experiences, like concerts, to provide people with a seamless virtual gaming experience. Does that mean Fortnite is the Metaverse? Fortnite might be one of the best examples of what the Metaverse looks like. It allows you to socialize with co-players, buy stuff, learn new things, and play your favorite games. While you might spend hours playing Fortnite and socializing, it won’t make it “Metaverse.” The Metaverse has a broader scope and is a comprehensive term that covers nearly every aspect of the digital world. Microsoft and Facebook have been focusing on developing technology that could make your interaction with the virtual world better. Many startups and small companies have also contributed their part in building a robust infrastructure for developing virtual worlds. The goal is to create a virtual place that mimics the physical world.

Are Virtual Worlds the Metaverse?

There has been an ongoing debate about the difference between the virtual world and the Metaverse. People assume that both are similar. Note that Metaverse isn’t just any virtual platform that you can explore with the VR headsets. As mentioned before, it’s a persistent virtual world that doesn’t end with gaming. People using Metaverse can access just about any form of content, as an individual, in their virtual avatars. They can be a part of a virtual world and participate in digital activities in their virtual avatar. From exploring the virtual world to buying things, everything is possible in the metaverse. There is no restriction.
It serves as a place where people can hang out, participate in virtual meetings, and chat with their remote co-workers in a safe space.

Metaverse is a complex concept of a virtual world of unhindered interactivity, and Virtual and/or Augmented Reality is one of the interfaces used to access/engage with/participate in the Metaverse. At MAGES Institute, we offer Professional Certificate Course in XR Immersive (covering Augmented, Virtual and Mixed Reality using both Unity and Unreal Engines) and even a condensed 2-Day Workshop for Web 3.0 and Emerging Technologies to impart knowledge of how to implement and/or take part in the Metaverse, taught by veteran AR/VR Developers (Unreal Engine Authorised Instructors). Be sure to get in touch with us to get a head start for the future!