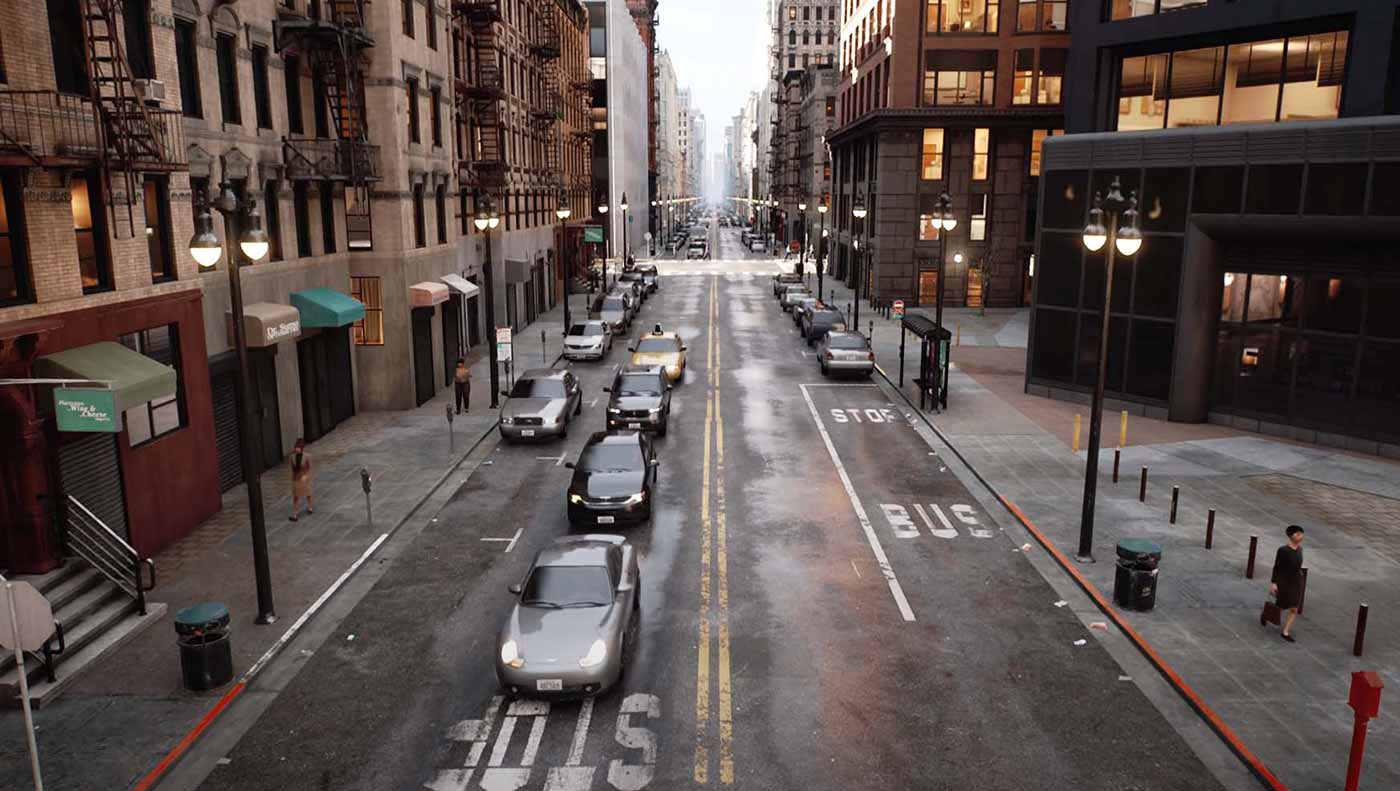 Unreal Engine is commonly used for PC and console game development. Being the core development tool for over 800 AAA games released to date, its a must-know for any budding game developer looking for a job at a high end studio. Let’s examine why this is a go-to option for many experts and aspirants.

Cross-platform development is highly desirable for most developers, purely due to the simple fact that the game can be published for multiple platforms instead of just one, accessing larger customer bases. Additionally, developers can develop their game for one of these platforms and later port it to the other (although extensive platform-specific reworks are required).

Developers can make the most realistic games with compelling graphical fidelity because of the numerous features available. Photorealistic lighting and shadows are created with the Engine’s Physically-Based Rendering technology. Designers and artists can create extensive environments with lifelike terrain and foliage, with complex geometry and textures. With the engine’s advanced artificial intelligence system, you can add depth and complexity to non-player characters and push the boundaries of player-interaction. In addition to the visual splendor and gameplay complexity of Unreal Engine-based games, a scalable multiplayer framework allows game developers to create an interactive environment among players.

But with the rising popularity of virtual production, the game engine is shifting the curve towards new features.

What is virtual production?

Filmmakers and real-time 3D artists use popular game engines such as Unreal Engine to build digital environments. Scenes are projected onto large LED screens, creating a virtual backdrop that mimics a set or real-world location, but with far more control. Actors, props, and practical sets are wrapped around these curved screens, known as The Volume.

Live-action cameras are adjusted to match the 3D world behind the actors as they perform in a scene. A parallax effect is created when the camera and digital imagery are synchronized, giving the impression that real and virtual elements are converging in space.

In film and television productions, virtual production workflows are revolutionizing the process, offering filmmakers more control over when and how they envision scenes. Through this increased interest, new creative and innovative roles for real-time artists are emerging throughout the production process.

The use of virtual productions and LED volumes allows actors, creatives, and filmmakers to see how their visual effects appear within a scene in real-time.

Unreal Engine is at the forefront of virtual production, leading and transforming nearly every aspect of production. Epic Games provides a healthy community and knowledge-base for studios such as expert opinions, manuals, technique tips, and inspiring stories.

Due to the success of movies such as Avatar and The Jungle Book, and, more recently, TV shows such as “The Mandalorian,” virtual production has made its presence known as the next level of efficiency in entertainment production.

According to software development studio ICVR, few production companies outside the video game industry are familiar with virtual production techniques.

Hence, the need to integrate engines like Unreal into existing pipelines is now more important than ever for studios. Since the COVID-19 pandemic began, the use of game engines for virtual movie production has expanded beyond previsualization, scouting, and motion capture into a larger, more central role.

Virtual production workflows are more front-loaded for real-time teams, with more asset creation and VFX work occurring before and during principal photography. Virtual production allows for more creative flexibility earlier in the filmmaking process and results in a much higher-quality end product. This method allows for greater flexibility and opportunities due to its non-linear, collaborative steps.

Traditional filmmaking would involve tweaking and reworks throughout the production pipeline, which is prone to wastage in terms of both man-hours and materials. Virtual Production workflow aims to minimise this.

With new jobs emerging every day, you can become a real-time 3D artist for film, games, or commercial industries. There are many interesting career paths open to real-time 3D artists in film, including (but not limited to): exceptional developers, visualization artists, virtual production supervisors, live compositing artists, LED wall cinematographers, etc.

Unreal Engine is breaking boundaries of what’s possible and faces constant competition by its counterpart, Unity Game Engine. Each have their own strengths and weaknesses (check our previous blog on the 12 Terms You Need to Know Before Starting Game Development in Unity) and occupy their established place in the game development industry, and while they may compete with each other for an even greater piece of the pie, we can confidently say that there is more than enough for everyone.