Tips for Success in Character Design 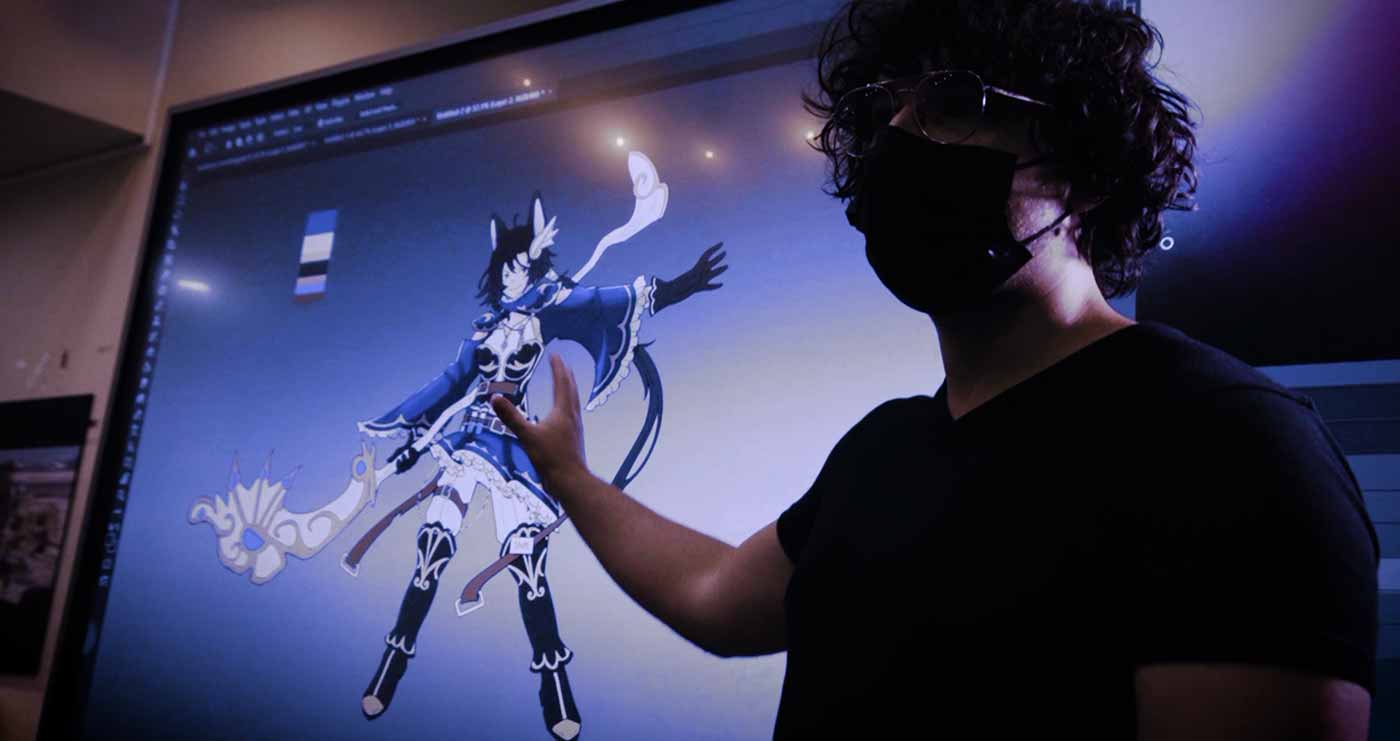 It’s not always been like this. Back in the old days, games like Pong, Pac man, and Frogger became classics without interesting characters. Their gameplay was enough.

Now, it’s a different story, and even simple games need characters that inspire their audience. Sure, there are exceptions. But there’s no question that character design is an essential specialism in concept art and digital illustration.

What is meant by character design?

And on top of all these things, characters have to do things. They run, jump, carry stuff around, use weapons, and much more. Good character design is more than just a checklist: it’s a practice that takes years to learn and perfect.

What do character designers do?

Character designers create detailed concept art for a game or animation. They will work with other creative teams to brainstorm initial ideas, create loose sketches, and eventually work up a final design that suits the purpose of the project well.

A character designer needs proven artistic skills. They need bold, creative ideas and a clear eye for details. Although most character designers work independently, they also have to be great team players. After all, their work is just one piece of the overall project.

People who want to become character designers can get help from a relevant course from an outstanding institution.

The gaming world has brought many iconic characters to the world. Although character design has been an art form since the early days of animation at the start of the twentieth century, gaming brings a new life to this creative practice.

Mario has come a long way since his first appearance in 1982 when he turned up as a side character in Donkey Kong Jr.
With his trademark red dungarees, he’s been running and jumping his way through the world on many consoles. What’s more, he’s ridden dinosaurs, played tennis, and pinball, boxed, in the dozens of games he has appeared in. These days, he is a more deeply designed character than ever before.

But while much has changed over time, it’s amazing how recognizable he is after all this time.

It just goes to show that a clear silhouette and unique accessories are sometimes all you need to create an iconic character.

Halo’s Master Chief gives us some great lessons in the value of character design.

As the Supersoldier protagonist of the Halo series, he’s more visually complex than Mario. He wears unique body armor and a BMX-inspired helmet, all of which conceal his bodily features.
Master Chief was a tantalizing advert for the Halo game before it was launched, giving gamers their first taste of the Halo world. He was produced by a team of people, including Marcus Lehto, Robert McLees, and Shi Kai Wang. And as a quiet character, his visual appearance is one of the crucial ways that we see his personality traits.

Aloy is the powerful female lead of the Horizon games. A member of a tradition of strong women in Sci-Fi, her blunt and witty intelligence makes her a highly memorable character. And thanks to effective design from a fantastic concept artist, she is also instantly recognizable.

Her distinctive clothing and weaponry (including a unique bow and arrow) are completely appropriate for the post-apocalyptic tribal world in which she lives.

There are not enough female lead characters in today’s computer games. Aloy shows us the right way to bring women in as protagonists – and should inspire future generations of artists.

Five tips for creating your own character

Creating a memorable character in gaming is not easy – but you can improve with these character design tips!

Just like any creative project, character design has to think about the audience. Understanding your audience’s preferences and interests is essential in making artistic decisions.

A character designer may have their own favorite characters. But the best designers and artists develop their ideas with a clear understanding of the audience they serve.

When creative design projects are complicated, don’t lose sight of the important stuff.

The project may start with the input and creative writing from many different people. But when designers go back to their studio, they features of characters may end up being lost in translation.

In a good character design process, the artist will hold on to the core ideas of the project team. Working with big, bold, exciting ideas, artists can create a unique character that players will remember forever.

3. Learn how to show your character’s personality, visually

Character designers have to limit themselves to visual techniques to convey the personality of their character. They cannot rely on speech or action to do the work for them.

There are actually lots of ways to do this, including facial expressions, silhouette, posture, gestures, hair, and more.

It’s great to have some inspiration. In fact, it will make your project much easier!

But sometimes, you just need to take a break. Let your imagination flow. A character lives through vivid artwork, and creative drawing is often the best place to start.

When you start spending more time drawing characters, digital art tools can make a big difference to your practice.

For example, a drawing tablet is useful for creating the initial sketch, sharing art with others, and making adjustments as you go along.

This article has introduced the basics of character design, and the job of a character designer. With these tips for success, you can try to accelerate your growth as an artist.

And indeed, through practice, study, and discussion, you can learn a lot about the character design process for yourself. But to rapidly acquire effective character design skills, there is no alternative to studying a high-quality digital illustration course, in Singapore or overseas.

Character design is an exciting field. If you’re looking for your next career step – why not give it a try?