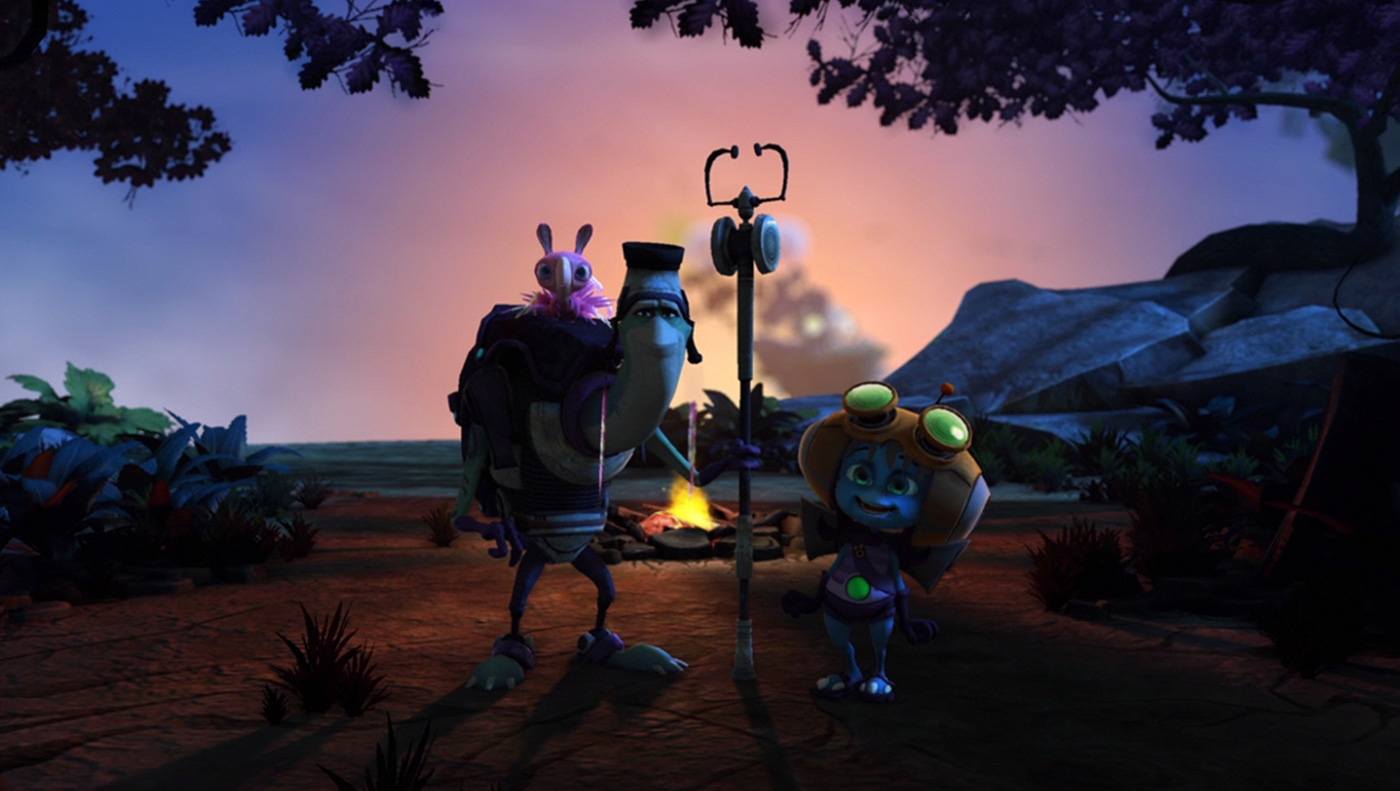 What is the purpose of concept art in films?

Making films, like games, takes a huge amount of work from a variety of disciplines. VFX and animation artists are involved, but concept art has a huge role to play as well.

If you’re an aspiring artist looking to make a career in this field and work on movies, this one’s for you!

Every creative endeavour begins with a concept. Especially an endeavour as grand as a movie.

When directors or production designers come up with ideas for a movie, concept artists visualise them.

Concept art renders possible a visual depiction of ideas that hold the potential for a great film. It involves visualising sets, characters or environments that make up the design and overall look and feel of a film.

It isn’t mere illustration though. It’s a constant visual support for movie makers that aids as reference throughout the movie-making process.

Often, it is concept art that inspires studios to pick and produce a project.

Because it clearly articulates a director’s vision for a movie. And even becomes an important measure of a project’s size and scope.

Movies, like video games, are visual mediums. And their overall aesthetics often determine their appeal to people.

After all, who would want to watch a film they don’t find appealing?

And often the appeal of the film is tied to its story. Everything has to serve the narrative to make sense and fit together perfectly.

Concept art, in a sense, is responsible for making a lot of this happen.

Because it sets the tone, mood, characters, style and overall aesthetics of a film. These matter because they make all the difference between a good film and one that leaves a viewer with an indelible experience.

If the script is the backbone of a film, it is concept art that helps bring it to life by creating visual versions of it.

And for concept artists, the ultimate payoff is seeing their artwork rendered on the big screen.

The different phases of a film’s production

A film’s production process has different phases. And a concept artist, says Finnian Macmanus (Pacific Rim, SOLO: A Star Wars Story) has a role to play in all of them.

Sometimes concept artists are hired to just create concepts that are pitched to studios for production.

In the pre-production stage of a movie, concept artists create the artwork that sets the visual tone of the film. Macmanus says it’s often the most open-ended phase of a movie project as artists get a lot of leeway to test their creativity.

Concept artists often only have a basic idea of the script to work with. It could even be a ‘napkin scribble’ from the director or photos of different locations that will be used in a film that is location-based, Karl Simon (The Prince of Persia, Total Recall) pinpoints.

They sketch the initial concept character designs or background and environment visuals that will be later used in the film.

Some of the designs might not even be eventually used as the entire process of making concept art is ongoing and iterative. It progresses and changes with development in the narrative of a film.

Character concepts, for instance, are given distinct physical or emotional attributes for better impact or to fit into the storyline of the movie in a better way. Their colour and material properties change.

This phase also involves a lot of thumbnailing after tons of research about the characters, environments or objects that are being created for the film.

Often the production team has done some preliminary research which the artists also use as reference for their art. Concept artists do their own research as well.

All of this is done keeping in mind the art serves the storyline. And communicates that perfectly. Which is why the process is continuous and involves several iterations.

In the post-production phase, concept artists are usually involved in taking care of shot extensions or replacements, visual effects and assisting other departments to put the different elements of a movie together.

Since this phase comes after most of the movie has been shot, it usually entails refining the artwork and giving it a finishing touch.

How is concept art in films different? 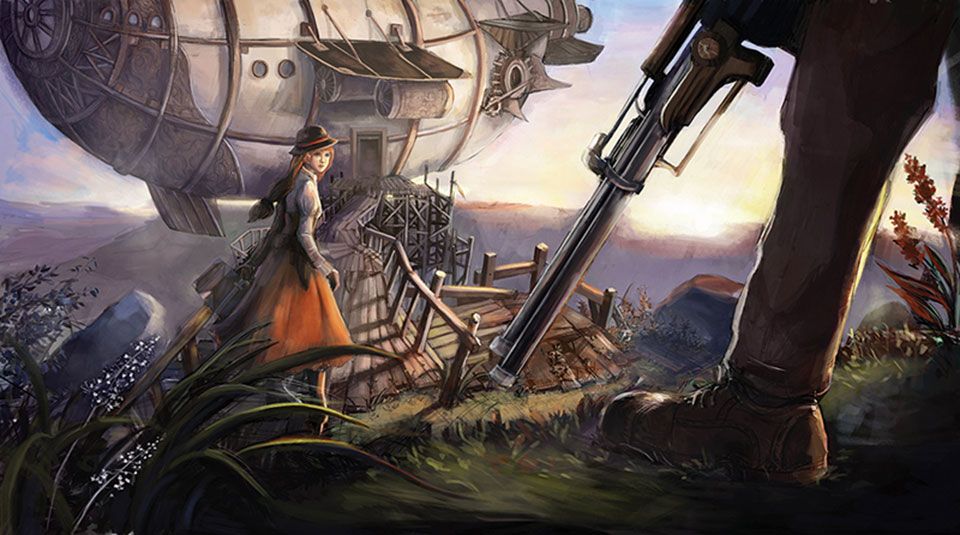 Concept art depicts ideas that are used for mediums including movies and video games before they’re brought to fruition.

And although it involves different renditions of those ideas in sketch, it is by no means a mere illustration.

Wayne Barlowe, known for working on concept design for movies including Avatar, The Day The Earth Stood Still and Harry Potter and the Goblet of Fire, says that a concept artist has to think along several lines while working for a film. They have to ensure it works from all angles and can also be created say, as a practical costume.

Because concept art in movies works like a visual aide across departments. It needs to provide direction to the costume and set design team or the visual effects team.

It doesn’t work in a vacuum. It entails collaborating with different artists, photographers, directors and several others involved in making a film.

Furthermore, the visuals that concept artists create, are meant to serve the larger narrative of a film, Dawn Brown (Alice in Wonderland, Pirates of the Caribbean: On Stranger Tides, The Last Airbender) underscores. A comic book illustration, for instance, will itself tell a story.

A concept art for a film will be streamlined according to its story and basic idea.

This is not to say that it’s a restrictive process. In fact, making concept art for films is quite challenging since it involves finding and expressing creativity within a set of ideas that keep shifting until something is finally chosen.

And often concept art for movies is something that the audience rarely gets to see.

Concept art for movies exists to express. To communicate. Context is important for concept artists to create what goes into a movie.

It’s an early impression of an idea that serves a film’s storyline.

Is it easy to break into concept art for films?

Making concept art for films is a highly competitive and creatively challenging profession. Not to mention it’s one of the coolest and most fun jobs as well.

Imagine creating hundreds of new, peculiar worlds with distinct characters, locales and whatnot.

Needless to say a lot of hard work goes into making a career in this field.

If you’re aspiring to be a concept artist who designs for movies, here are some things you should keep in mind!

Hard work + a pinch of luck

Hard work is the key to success. Cliched, but true.

You’re definitely going to need a bit of luck, timing, some good connections and loads of talent to break into this industry, James Clyne points out.

A kick-ass Portfolio is a must 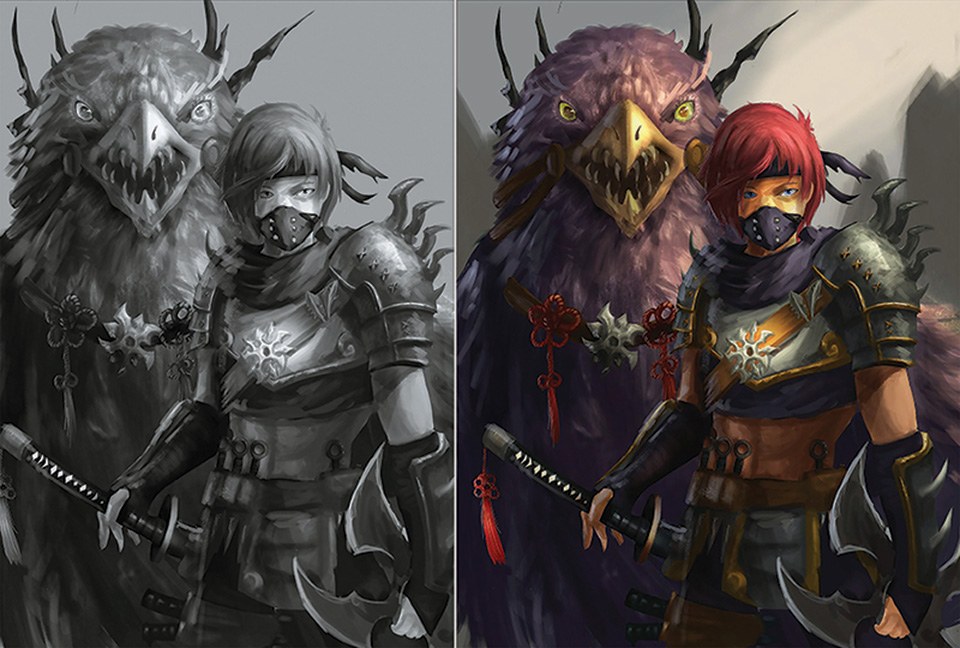 Several successful concept artists say that making a kick-ass portfolio is the first and crucial step to entering the industry.

Your portfolio should reflect your skills, imagination, creativity and passion.

Of course ideas don’t and cannot emerge or grow in a vacuum. You need to build on your surroundings and the things or people you see and interact with daily to get inspired and create artwork.

But getting inspired isn’t the same as copying someone’s style or restricting yourself to cliched artworks.

The creators of Pandora (Avatar) partly based some of their creature designs on race-cars! But all of their creations were new and marvelous.

Having the right attitude helps

In fact, it’s crucial for making a mark in the industry, says Finnian Macmanus.

Concept designs for movies aren’t churned out by a single artist. It’s always a collaborative effort. Humility, the willingness to help others, and being open to criticism are important for being a team-player.

The right attitude also helps establish good connections as well as a reputation – both of which go a long way in determining your success within the industry.

Watch Finnian Macmanus reveal how he got into the industry

Use the internet to market to ensure you get your artwork in front of as many people as you can.

Finally, if concept art is your calling and you want to be trained by industry experts, check out MAGES’ Concept Art courses here. 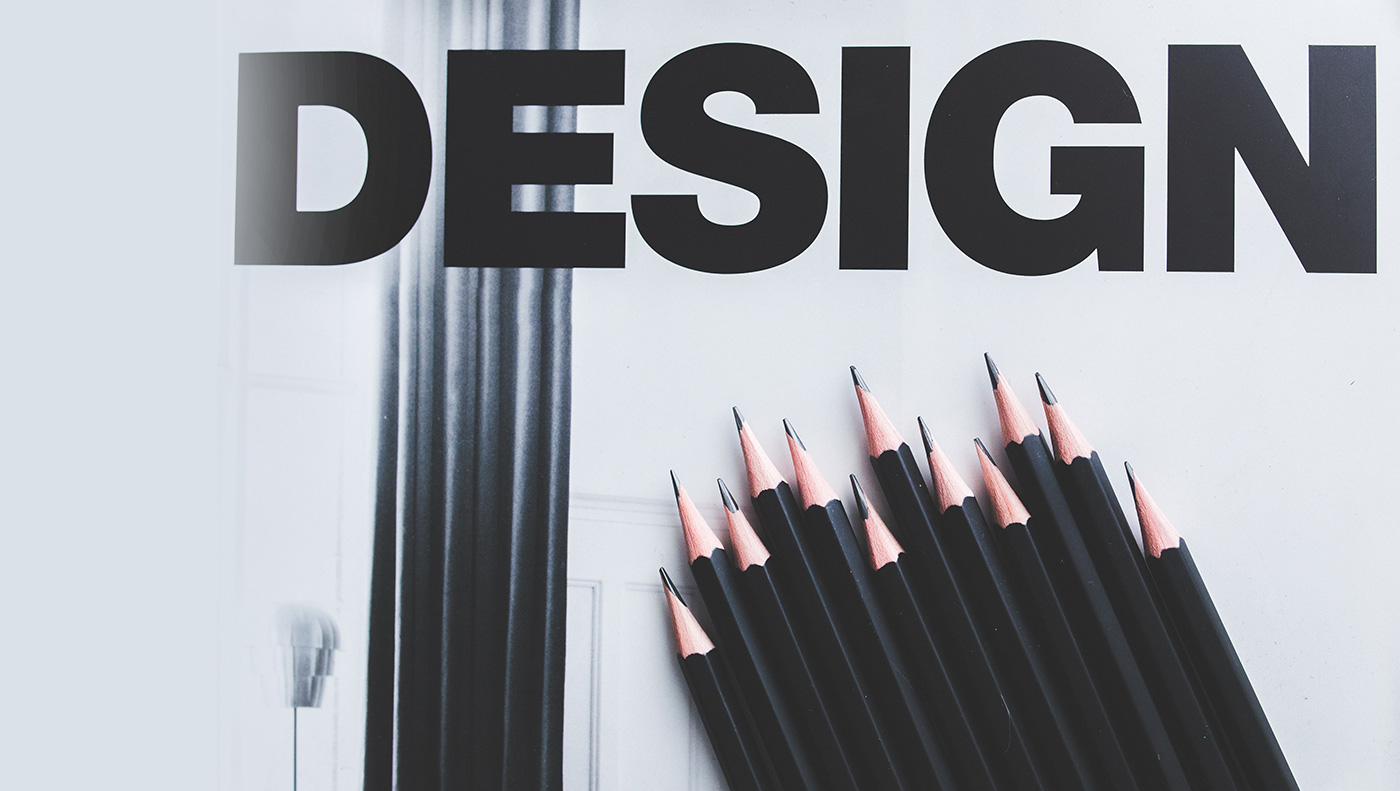 What is UX design?

UX Design is all about understanding how a user interacts with a product, software or... 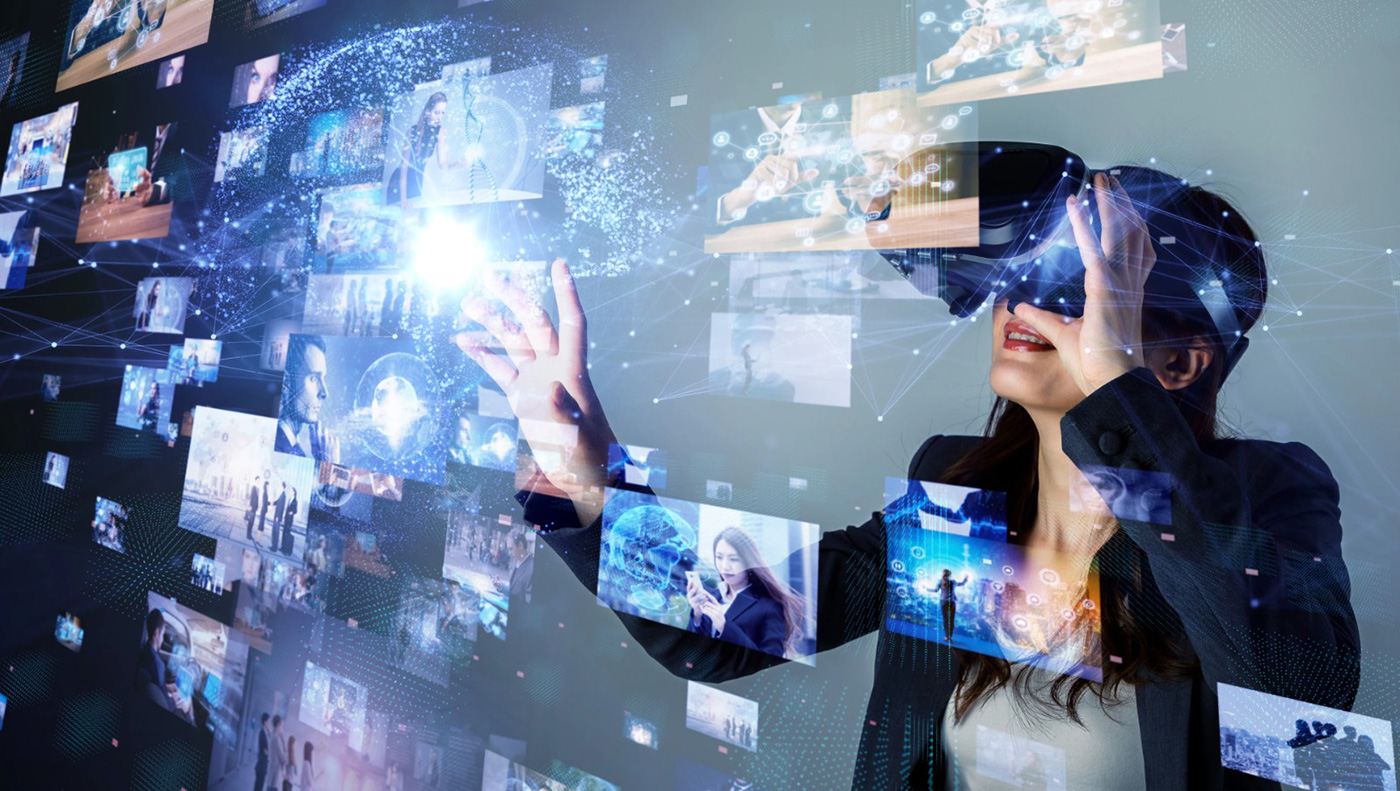 Mixed Reality and the future of enterprises

With technology changing the way businesses are run, it’s crucial to learn how to adapt... 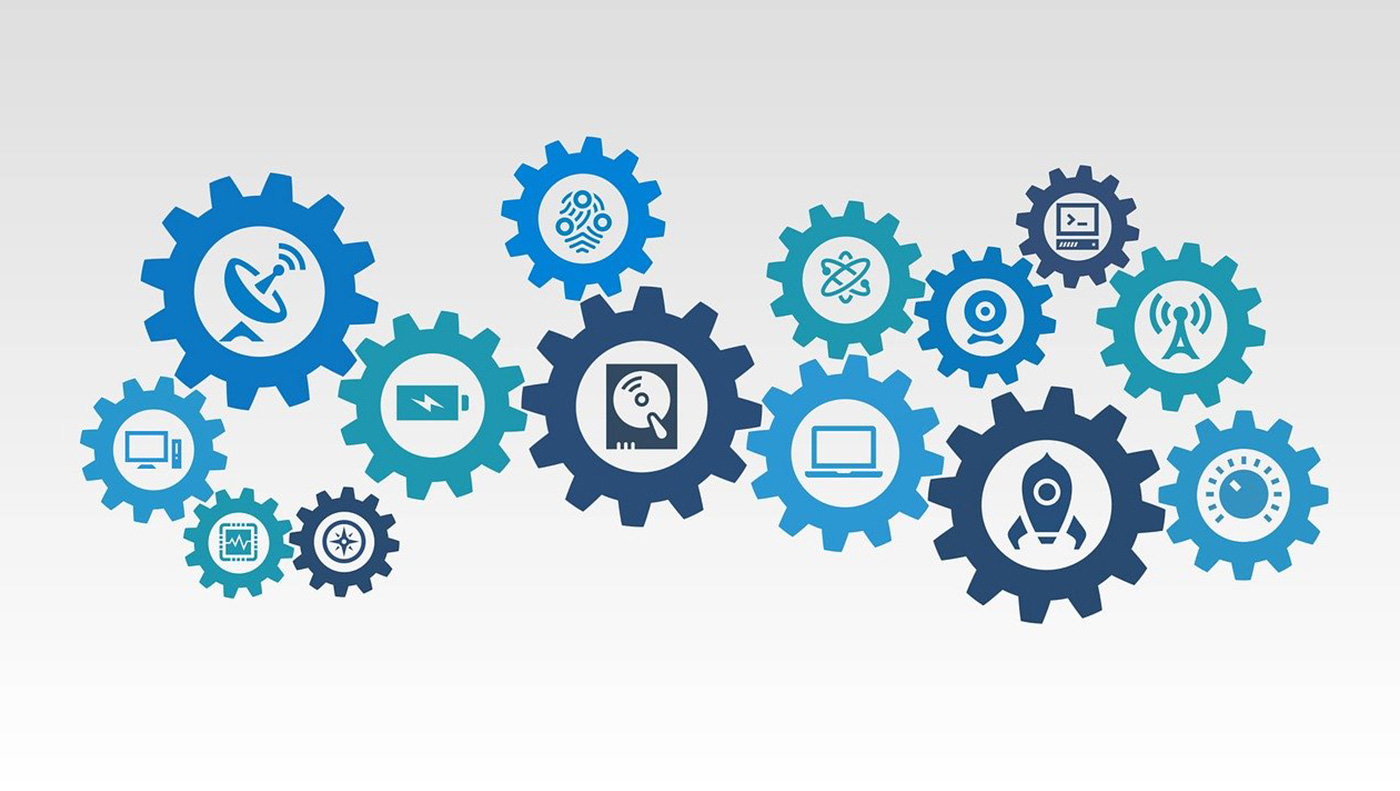